Around 1122 A.D.,  an author known as Theophilus wrote a manuscript called On Divers Arts, where he described the technique of Translucent Painting, sometimes called “Aureola”.  In this technique, a wooden figure or object is created, and then a thin sheet of tin leaf, “not coated with gluten or saffron”, is used to cover it. Sometimes part of the figure would also be covered with canvas.  The tin leaf was burnished so that all ripples and folds were smoothed down.  The artist would grind the pigments with linseed oil, making the pigment content very thin.  Finally, the artist would “draw them on with a brush and let them dry”.  On Divers Arts is the oldest extant manual on artistic techniques to be written by a practicing artist.  In the 12th century, the word “Aureloa” also referred to the golden halo surrounding the head of a saint in a painting.  Since Theolphilus was a Benedictine, the use of the term “Aureola” in reference to Transparent Painting may have been inspired by the glow of relected light coming from the tin.

In the Cloisters, New York, there is an early 13th century wooden statue called Mourning Virgin.  It is a wonderful example of the meeting of scupture, painting, and Transparent Painting – Aureola technique. 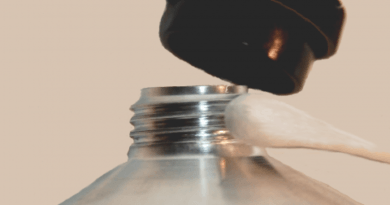 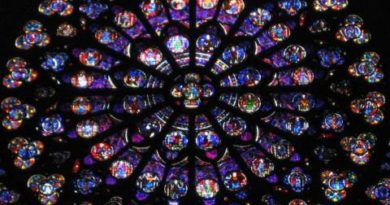 IS ART ABOUT PATTERNS OR PEOPLE?