Our premium Art Treehouse Oil of Spike Lavender is imported from France, 100% pure and natural. Please note: this is not the “nature identical” synthetic sold by some dealers. It is the real, less-toxic painting medium!  Read our SDS sheet and our complete 18-page toxicologist report on Oil of Spike Lavender to find out more.  For a list of independent studies related to inhalation safety, see our Oil of Spike Lavender Research and Resources. Historical writings indicate that Oil of Spike Lavender was likely a painting medium often used by Leonardo as well as the Netherlands painters. If you have the chance to see paintings from that time period, you will often see a high degree of detail. For example, the work of Hans Memling looks excellent in the art book photos, and when you see it in person, you realise how small and detailed the originals often are.

According to historians, Oil of Spike Lavender was sometimes freely washed over the entire canvas to prepare it for the painting and then it was mixed with the pigments, along with Linseed oil or Walnut oil.  Sometimes the artist would actually dip the brush directly in the Spike Oil so that the brush strokes would be smoother.  Oil of Spike Lavender was apparently the painting medium of choice from the fourteenth century on, until it was replaced by turpentine.  Turpentine was less costly, but of course is more toxic – a fact not widely recognized at the time.

EVAPORATION – As far as the speed of evaporation, Oil of Spike Lavender is in the same ball park as turpentine.  It is difficult to be specific, because there is quite a bit of variety among the various turpentines, but in general they are similar – both have faster evaporation than mineral spirits (OMS).

GLOSS – Oil of Spike Lavender does not increase gloss.  However, there are other ways to do that if that is what you need… 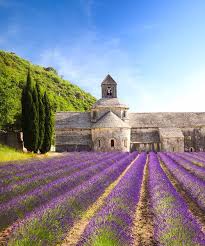 Links to more information on Oil of Spike Lavender:

Here are some highlights from the toxicologist report on Spike Lavender:

… In accordance with Title 21 – Food and Drugs, Chapter I – Food and Drug Administration (FDA), Department of Health and Human Services, Part 182 – SUBSTANCES GENERALLY RECOGNIZED AS SAFE (GRAS), Subpart A – Sec. 182.20 General Provisions: Essential oils, oleoresins (solvent-free), and natural extractives (including distillates) that are GENERALLY RECOGNIZED AS SAFE for their intended use, within the meaning of section 409 of the Act, includes Lavender, spike (Lavandula latifolia Vill.). Importantly, GENERALLY RECOGNIZED AS SAFE (GRAS) is a USFDA designation that a chemical or substance added to food (i.e., food additive) is considered safe by experts, and so is exempted from the usual Federal Food, Drug, and Cosmetic Act (FFDCA, the Act) food additive tolerance requirements.

CONCLUSION – Our Oil of Spike Lavender is from the famous lavender fields in France, is listed by the FDA as (GRAS) “Generally Recognized as Safe”, and has a long history of use in painting. It has an appealing uplifting scent, and only a small amount is needed – a drop or two at a time.  We have 2 oz, 4 oz, 8 oz and 16 oz versions in the catalog — click here!