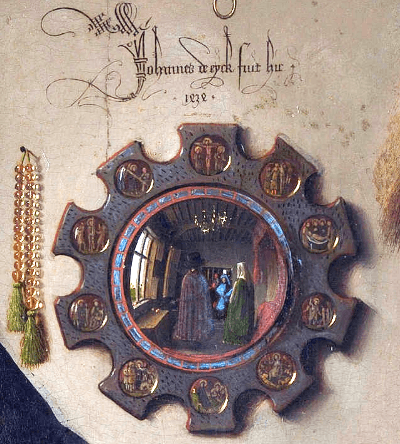 “The mixture used by Van Eyck was light and fluid and dried easily. The colors were ground in linseed oil or nut oil, fused while hot with hard resins (amber and copal), and finally diluted with essential oils (oil of lavender, spike, or rosemary); the latter, owing to their varying degrees of rapidity in drying, made it possible to work slowly on nuances and to add fine, minute touches”.

Flemish artists, such as the Van Eycks, were able to paint transparent jewel-like details, “fine, minute touches”, because of their paint recipe, as well as their wood panel supports and soft fine-hair brushes.  Their technique was borrowed by Italian Renaissace artists such as Titian (who modified it for larger canvas paintings).  While the panels would sometimes warp over time, as with Botticelli’s Madonna of the Loggia, the solid support allowed for extremely fine lines, and even holes in the painting – used to enhace the star-like quality of Botticelli’s halos.

It is interesting to note that for over 100 years, theorists have discussed the medium of Van Eyck, with a wide range of opinion as to ingredients.  Some researchers even suggested that Van Eyck used no oil at all – only egg whites!  However, most modern research agrees that linseed oil and resin were both present, with no aqueous ingredients whatsoever. 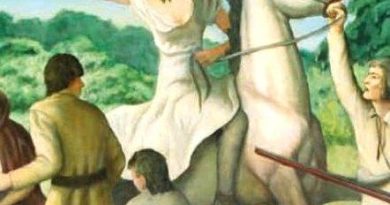 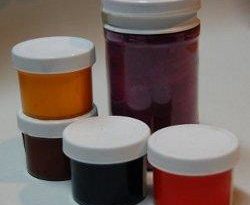 NOT ALL PIGMENTS COST THE SAME!