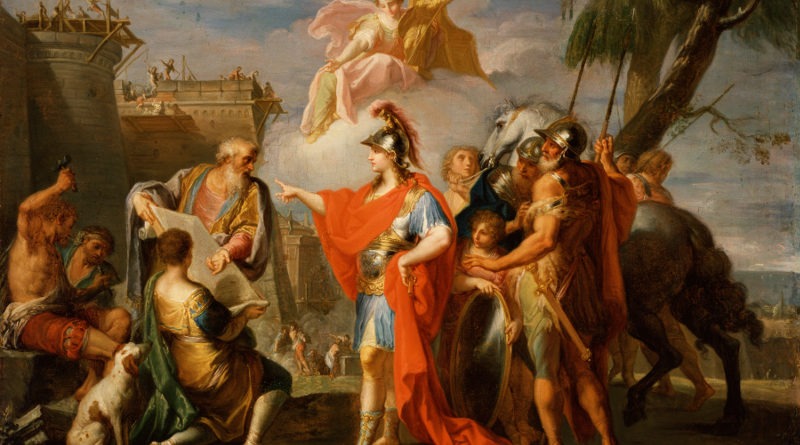 Oil of Spike Lavender has been known and used since ancient times, along with several other species of lavender. The doctors of the Ancient Alexandrian school used various lavenders in medicine. The ancient Romans also used it for medicinal purposes and to scent their bath water. The word aspic originally comes from the Greek meaning “Egyptian cobra”, a possible indication of the use of spike for snake bites. The ancient Greeks called the lavender herb nardus, after the Syrian city of Naarda. It was also commonly called nard. Nard is mentioned in several passages of the Bible, and Pope Francis has it on his coat of arms. In the Middle Ages Abbess Hildegard of Bingen (1098-1179) is credited with the earliest mention of lavender (probably refering to both L. angustifolia and L. latifolia spike) and discussed their medicinal properties. Prior to the 16th century all lavender species were harvested together and referred to as aspic, spikenard or just “spic”.

In the middle ages, the process of distillation took place over an open fire, and Spike Oil (Oleum de Spica) was widely processed in Province, France. Large quantities were made, along with turpentine (cedre) and juniper oil. Spike was expensive and came in very small bottles. Families working in their spare time would harvest the plant from the wild. During this time Oil of Spike Lavender was  commonly used by such artists as the Van Eycks and other Bruges painters. Then around 1900, steam power was introduced, facilitating larger scale production.  With industrialization, many families left the countryside for jobs in the cities.  On the abandoned hillsides, the spike lavender plant grew abundantly. Actual cultivation of the plant only developed around 1925. However, spike did not do as well as other species of lavender when it came to agricultural production. It grew better in warm climates, and has a cinnamon-like smell. In the 1950s, wild harvested spike lavender was largely abandoned, and the less expensive turpentine became the norm for artists.

Oil of Spike Lavender is now experiencing a revival of interest because of its medicinal and artistic applications. It is commonly used in aromatherapy, as well as in the production of soaps and creams. Artists have been re-discovering Oil of Spike Lavender as a less toxic direct replacement for turpentine, and it is now widely available from several art materials manufacturers, including The Art Treehouse.

The painting is titled Alexander the Great Founding Alexandria, by Placido Costanzi (Italian, 1702-1759)