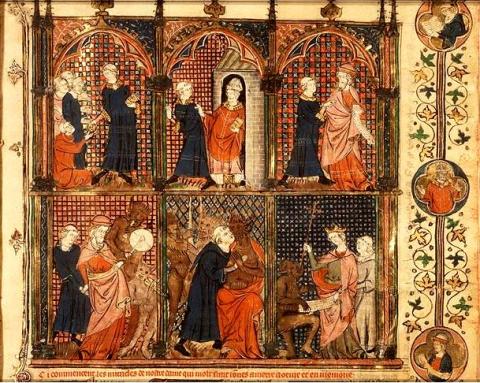 In the 12th century, there was a commonly used color called exudra, which was a mixture of black and red pigments used to draw bold lines around the pupils of eyes, the middle of the mouth, and the thin lines between the mouth and chin.  A separate black was used for painting eyebrows, the side of the nose, inside the nostrils and around the fingers.  Exudra is related to the word exude, meaning to display an emotion or quality strongly and openly. In medieval art for churches, images would be seen from a distance, and the eyes and facial features were an extremely important feature – the eyes were the “windows to the soul”.

We know about exudra because of a Benedictine monk called Theophilus, who wrote of many techniques related to the art of his time. Of course, he was primarily concerned with arts of the medieval church such as stained glass window making, oil painting, and the making of chalices and censers.  His detailed writing continues to attract artists interested in the ancient techniques, many which are no longer commonly used. Art historians also reference his work as proof that the Van Eycks did not really “invent” oil painting in the 15th century.  Theophilus clearly describes oil painting over 200 years earlier.

As for exudra, it is still part of a color-technique used by painters of Eastern Orthodox icons.  Stained glass window makers such as Charles Connick and the Cox brothers in England also knew about the importance of bringing out the eyes and facial features with bold dark lines. Up close, church window eyes look distorted, but If the face is to be seen from a distance, it is far more expressive if made bold!

The attached image is from The Royal Library in the Hague.  It is from a medieval illuminated manuscript, a copy of Theophilus’ On Divers Arts.  A total of twenty-five manuscripts containing varying portions of the text survive.  This illustration appears to portray Theophilus giving alms to beggars, and he is supported by the bishop in dealing with demons.  At the end, the bishop shows a medieval manuscript to the demon! 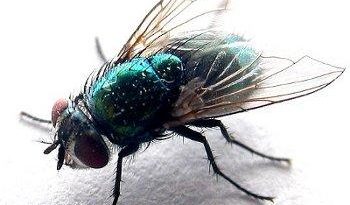 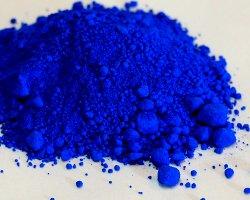 The Artist, the Monk, and the Color Beyond the Sea 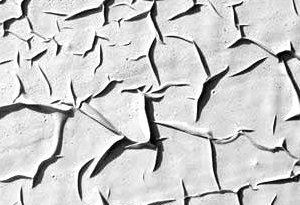