Once upon a time, artists who worked closely with their materials knew that oils must be purified before they could be used in painting.  In those days, oils were processed in large vats over open fires, and contained many impurities such as mucilage and particles from seeds. Artists experimented with various ways of filtering the oil by adding calcined bones, lime, flower petals, sand, salt, snow and other substances to the oil.  Finally, toward the end of the 15th century, Padre Gesuato taught several friends of Perugino how to wash linseed oil with water. Shorty thereafter, the method was picked up by Portuguese painters and eventually painters in the Netherlands.  The rapid spread of the method was due to the fact that techniques of painting were being shared by travelling monks.

In the 19th century, new ways of processing oils by machine emerged, faster and less expensive than processing by hand.  The old cooking vats were abandoned and people moved into the cities to find work.  Artists could purchase their materials rather than make them from scratch, saving much time.  However, the technique of washing the oil took too long to be profitable for manufacturers, and linseed oil found a new less critical and larger market — the painting of walls and houses.  But eventually, artists began to notice that the new commercial oils they were using took longer to dry, and turned yellow when left indoors away from the sun. So artists began to experiment with other ways of painting, using various alternative oils and even plastics.

Because of industrialization, artists gained access to a range of materials that would be the envy of previous artists in the 16th century. Yet the technique of washing linseed oil remained largely unknown, and those few who discovered the old technique often concluded that the weeks or months it took to wash the oil were simply not worth it.  Today, Artist Grade Linseed-Flax Oil from the Art Treehouse is refined using slow organic washing processes, and the result is a superior painting medium in the traditon of the great “purified” oils of historical artists dating back to the 16th century. 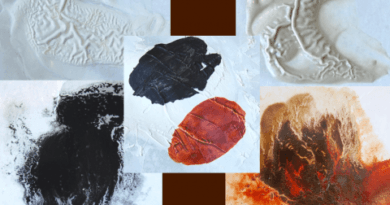 FAT OVER LEAN – SHOULD I WORRY? 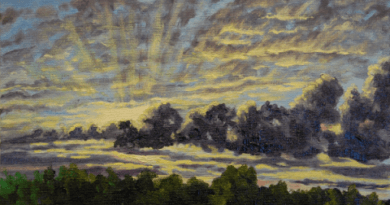 HOW TO DESTROY A GOOD BRUSH!