Lavandin Grosso is a natural bee-pollinated hybrid between Spike Lavender (Lavandula Latifolia) and English Lavender (Lavandula Angustifolia), having qualities of both at a price less than either.  Both Spike Lavender and English Lavender have histories of usage in painting, however both were often too costly for many artists.  Because Lavandin Grosso is a high yield hybrid the production cost is less, and it can be used in the exact same way as Spike Lavender – with all the benefits.   This is an excellent quality oil! 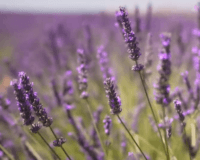 In his 1849 publication, “Handbook of Young Artists”, Osborn Laughton mentions the use of Lavender noting that another artist named Jacques E Montabert found “no obscuration nor change of color at the end of fifteen years” for English Lavender.  However, much like today, the cost of English Lavender was extremely high. Although Lavender cross-pollinated hybrids existed before World War II, they were not widely known in the 18th century, but now offer new and interesting possibilities. Lavandin Grosso has characteristics of both English Lavender and Spike Lavender, at a cost less than either.

Lavandin Grosso was discovered in 1972 in a deserted lavender field in the Vaucluse District of France. A lavender farmer named Pierre Grosso took cuttings of the plant for experimentation and discovered that the plant was more vigorous with higher yields than any other lavender variety. The higher yield from the plant meant that it could be produced at a lower cost, while maintaining excellent quality. This advantage means that artists who are interested in a less expensive alternative to Oil of Spike Lavender now have an excellent choice.

Our Lavandin Grosso is imported direct from France where is is grown and distilled. A complete GC-MS (Gas Chromatography – Mass Spectrometry) showing all the natural plant oil components of our Lavandin Grosso is included with each order. For artists who love historic oils, Lavandin Oil is definitely worth exploring! 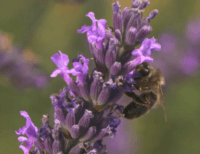